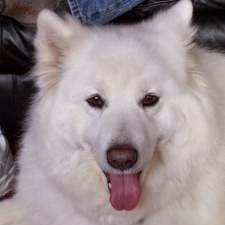 Background
Although both hypothyroidism and diabetes mellitus are common disorders of dogs, it is relatively uncommon for a dog to develop both diseases concurrently. Insulin-resistant diabetes has been reported in a few dogs with underlying hypothyroidism (1-3), but the mechanisms underlying the insulin resistance is not clear. However, hypothyroidism may lead to alteration of other hormones that influence glucose metabolism, and previous studies of hypothyroid dogs have documented excessive production of growth hormone (GH), a known insulin antagonist (4,5). In one study, Beagles with radioiodine-induced hypothyroidism were reported to have a progressive elevation in serum GH concentrations (a known insulin antagonist), but none of those dogs developed overt diabetes (6).

The purpose of this case report by Johnstone et al. (7) is to describe a dog diagnosed with naturally occurring hypothyroidism that also had concurrent signs of acromegaly and diabetes. In this dog, the insulin resistance and associated diabetic state was reversed with appropriate L-thyroxine supplementation.

Case Report
A 4-year-old male entire Samoyed presented with an 8-month history of pedal hyperkeratosis and shifting lameness, which had been unresponsive to zinc supplementation, antibiotics, and glucocorticoid therapy. The dog also exhibited exercise intolerance of 12-months duration. Recently, polydipsia and polyuria were also noted.

Before treatment for diabetes and hypothyroidism was initiated, further tests were performed to investigate a potential link between these two conditions. An upper airway examination revealed mild soft tissue hypertrophy but normal laryngeal function. The pretreatment serum insulin concentration was above the reference limits, suggesting endogenous insulin resistance. A baseline serum IGF-1 concentration was within reference limits. However, basal serum GH concentrations were markedly elevated, and a further paradoxical increase in GH concentration was noted after administration of thyrotropin-releasing hormone (TRH). CT imaging of the pituitary suggested slight enlargement of the gland but no pituitary tumor was evident.

Treatment was initiated using both insulin (Caninsulin, 20 IU every 12 h) and thyroid supplementation (levothyroxine, L-T4, 0.02 mg/kg every 24 h). Over the next few weeks, the exogenous insulin requirements started to decrease, and all exogenous insulin was discontinued 155 days later. The dog remained euglycemic 2 years after diagnosis, with continued daily supplementation of L-T4 alone.

In this dog, diabetes mellitus was thought to be a secondary consequence of insulin resistance, as demonstrated by the high pretreatment serum insulin concentration. Insulin-resistant diabetes mellitus has been previously described in a few dogs with naturally occurring hypothyroidism (1-3), but the pathogenesis for the concurrent development of the two diseases is not totally understood.

It has been reported, however, that primary hypothyroidism can lead to with functional and morphological changes of the pituitary gland (4-6). Most notably, transdifferentiation of pituitary TSH-producing cells to cells producing both TSH and GH has been documented (6), which can result in increased GH production and secretion in these dogs. The high basal GH concentration and the paradoxical increase of GH after stimulation with TRH in this dog (7) confirmed that hypothyroidism-induced acromegaly and secondary diabetes was likely.

In this dog, the fact that the diabetic state resolved during treatment with L-T4 suggests that the pituitary GH overproduction resolved as euthyroidism was achieved. Unfortunately, repeat TRH stimulation testing or serum GH measurements were not repeated after resolution of the diabetic state, so we can not say for certain that the acromegalic state truly resolved. Further studies certainly are needed to investigate hypothyroidism-induced GH production, but this interesting case certainly does add some insight to what may be going on in these dogs.