Escalating Costs of Insulin Glargine (Lantus): Can We Switch to Another Insulin? 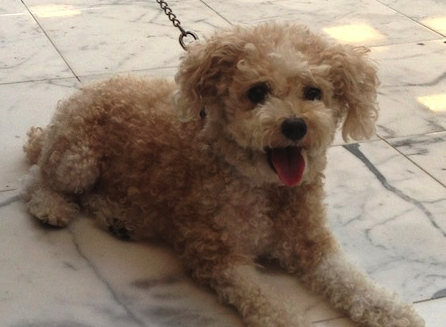 My patient is a 14-year-old male Toy Poodle (weighing only 5 kg) that has been maintained on insulin glargine (Lantus; Sanofi-Aventis) for several years. Currently, the dog is receiving an insulin dose of 6 units twice daily and is doing well (i.e., no obvious polyuria, normal appetite with stable body weight). However, over the last few months, the price of Lantus has skyrocketed to over $250 for a 10-ml vial. The owner would like to switch to a more affordable insulin, if possible. At 12 units a day, she is going through a 10-ml vial of Lantus every 2.5 months or so.

My question is this: would another long-acting insulin —such as detemir (Levemir) or PZI (ProZinc)— be more cost-effective in this dog? Or would you suggest that I start over with an intermediate-acting insulin, such as NPH (Humulin N or Novolin N) or Vetsulin?

I did not start this dog on Lantus, but the owner claims that they had great difficulty in regulating him after his initial diagnosis. Therefore, I'm a bit hesitant to "rock the boat" when the Lantus seems to be doing the job. Do you have any ideas why the price has gone up so much over the last year or so?

Long-acting insulins, such as glargine, are not commonly used in dogs with diabetes, although they can work fine to control clinical signs in some dogs (1-3). However, because these insulins have a less potent glucose-lowering effect than do more commonly used intermediate-acting insulins (NPH, Vetsulin), larger doses of the long-acting insulin preparation are often needed (1,2). Therefore, use of glargine or PZI (ProZinc) are generally cost-effective only in smaller dogs.

For example, notice that the daily glargine dose in this Toy Poodle is over 1 U/kg twice a day, which is in the expected dose range for a long-acting insulin in dogs (1-3). If this dog weighed 50 kg rather than only 5 kg, this would equate to a dose of 60 U twice a day, which means that we would go through a 10-ml vial of Lantus every two weeks or so! In contrast, most diabetic dogs on an intermediate-acting insulin can be well-regulated using doses of 0.5-0.7 U/kg per injection (4,5).

What's leading to the steady increase in the price for insulin glargine(Lantus)?
The drug maker Sanofi-Aventis has steadily raised its price of Lantus (insulin glargine) during the past 12 months, prompting angst among many pet owners and veterinarians alike. These concerns, of course, are inconsequential to Sanofi, since Lantus is FDA-approved for human diabetic patients (a huge market), and the insulin is not marketed for use in either dogs or cats.

Since I don't work for Sanofi-Aventis, I do not know what’s driving the escalating price increases that we have seen over the past few months. However, we do know that Sanofi's patent for Lantus expires in 2015, opening the market to competitors who can then release generic glargine insulins. Therefore, it is likely that Sanofi is trying to generate as much income as the company can from this branded insulin preparation before the patent expires and generic glargine preparations hit the market.

In support of that, it's known that Eli Lilly also has a generic equivalent in the works (6). Sanofi recently responded by suing Eli Lilly for alleged patent infringement (7). The lawsuit triggered a stay of approval by the FDA, delaying the release of Eli Lilly’s generic to mid-­2016.

However, Merck & Co. also recently announced that it's version of generic glargine is in the late stages of clinical trials (8). It's likely that Sanofi will also sue Merck in order to delay their release of a generic product too, but again, I don't know.

Do you understand why I sometimes hate using these human insulin analogs? We, as veterinarians, have absolutely no say or control in anything that is going to happen to price or availability, and it's certainly no use to complain. These companies don't market their products to us and really do not even want to know we use them in our patients.

Are other long-acting insulins less expensive than Lantus?
Unfortunately, when we look at the cost of other long-acting insulin preparations, the cost is not much cheaper than the current cost of Lantus, at least when we look at the cost per unit of insulin. The dose of ProZinc would likely be approximately the same as the glargine in this dog— at about $100 per 10-ml vial, the cost of ProZinc seems significantly less, at least at first glance. However, we must remember that each vial of ProZinc (a U-40 insulin) contains only 400 units of insulin, so this dog (on 6 units, twice a day) would need about one new vial per month. Since each 10-vial of Lantus contains 1,000 units, the cost per unit of insulin is about the same when these two insulin preparations are compared.

Insulin detemir (Levemir, Novo Nordisk) is another story. Although the cost of this U-100 insulin is equivalent to Lantus (about $250 per vial), this insulin is a very potent insulin when used in dogs (this is not true in cats). The average determir dose that most diabetic dogs require ranges from only 0.1-0.2 U/kg per injection — 5 to 10 times less that the average glargine dose needed for diabetic dogs (9,10).

That all said, I would hesitate to use detemir in this toy breed dog because of it's high potency. The calculated starting dose for a 5 kg dog would only be 0.5 U, and it's unlikely that more than 1 U per injection would ever be needed. As we all know, it's very difficult to measure 0.5 units of insulin accurately and overdosage might be expected. Because of its potent glucose-lowering effects, hypoglycemia is more common with detemir than the other longer-acting insulins.

NPH is a much less expensive human U-100 insulin that is available at Walmart as their ReliOn brand of Novolin-N for only about $25 (11). Personally, I find that Vetsulin (Merke Animal Health) is a better choice than NPH in most dogs since it's a bit longer acting, and this insulin is also made by a veterinary company (Merck Animal Health) and licensed for use in dogs. As you know, the veterinarian cost for Vetsulin is around $30 per 10-vial, but, again, each insulin vial contains only 400 units rather than the 1000 units in each vial of NPH. Therefore, the cost is indeed a bit more for Vetsulin than NPH, at least when we look at the price of the Walmart ReliOn brand.

No matter what insulin we change to (ProZinc, Levemir, NPH, or Vetsulin), the dog will have to again be regulated. This may go very smoothly—but then again, this is a diabetic, it's always difficult to predict what is going to happen with certainty. I'd give the owner the pro's and con's of continuing the Lantus vs switching, but in the long-run, it may be best to stick with the Lantus and hope that the generic versions hit the market sooner than Sanofi would like!

Awesome article!
Reading this site has been a enjoyable experience.I've bookmarked this blog for more use.This sites tend to be really helpful.This is one of the best post that I've ever seen.
Thanks a lot!

The cost of Lantus glargine is significantly cheaper in Canada. I haven't found an on-line pharmacy yet but I do have someone living in a border town pick up the insulin at a pharmacy in New Brunswick. Cost is about $72 per 100 ml vial versus $340 at my local pharmacy in Maine.