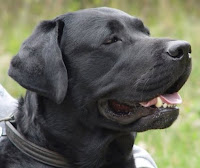 My problem patient is Buddy, an 8-year old, male neutered Labrador Retriever weighing 42 kg. Buddy first developed diabetes, which was difficult to control because of insulin resistance. He was later found to have concurrent pituitary-dependent Cushing's disease, confirmed by both ACTH simulation and low-dose dexamethasone suppression testing).

Buddy has been doing well on insulin and trilostane (Vetoryl) for the past 5 months. We started him on a Vetoryl dose of 60 mg, given twice daily with food (2.9 mg/kg/day). When we repeated the ACTH stimulation test after a month, we had a low-normal serum cortisol value (1.4 µg/dl) with absolutely no increase in the post-ACTH cortisol value. This blunted response worried us, so we reduced his Vetoryl dose to 30 mg once a day in the morning (1.4 mg/kg/day).

Recently, Buddy's appetite began to wane, so we added 5-mg of prednisone to his treatment regime. Almost immediately after adding the glucocorticoid treatment, his appetite perked up.

Buddy has just started showing signs of polyuria and polydipsia, so we repeated his ACTH stimulation test once again. Results of this testing showed a basal serum cortisol value of 2.3 µg/dL, but the post-ACTH cortisol value was only 2.0 µg/dL.

My question is this: Could the low-dose prednisone treatment that we are administering be suppressing this dog's adrenal response to the ACTH injection and providing us with inaccurate information? With the polyuria and polydipsia, I would have expected high cortisol levels, not low cortisol values.

Effects of prednisone supplementation on ACTH stimulation test results
In a dog with pituitary-dependent Cushing's disease, we generally are dealing with an ACTH–secreting pituitary adenoma, which is resistant to negative-feedback suppression with glucocorticoids. This is the basis for using the low- and high-dose dexamethasone suppression tests, which we use to diagnose and differentiate the causes of Cushing's syndrome in these dogs (1).

It is possible, however, that you are measuring some of the prednisone in the assay for cortisol, especially if you are giving the prednisone within 24 hours of the ACTH stimulation test. Prednisone and prednisolone will both cross-react in the cortisol assay to falsely increase the measured serum cortisol values. If this is true, basal and post-ACTH stimulated cortisol values in this dog could be very low, and the dose of the trilostane may need to be decreased even further or possibly discontinued.

Adjusting the trilostane dose when ACTH-stimulated cortisol values fall too low
Even even if the prednisone isn't having any effect on cortisol measurements, a post-ACTH stimulated cortisol value of 2.0 µg/dL is too low for me (1,2). I'd recommend that you decrease the trilostane (Vetoryl) dose down to 30 mg once a day, and repeat the ACTH stimulation test again in 2-4 weeks. If the post-ACTH serum cortisol value remains less than 2-2.5 µg/dl on the lowered Vetoryl dosage, I'd even stop the drug completely for 2 weeks to see if the cortisol concentrations will go back up (generally to above 10 µg/dL), as an untreated dog with Cushing's disease should do within a few hours to days.

In many dogs that I treat with Vetoryl, the dose can be decreased over time. In some of these dogs, the dose can even be permanently stopped, and their cortisol secretion remains "normal" and never goes up high enough again to cause signs of Cushing's disease (3,4). The aldosterone secretion is not affected in these dogs, and they never develop any serum electrolyte changes associated with hypoadrenocorticism. This "cure" presumably is the result of mild adrenal necrosis, but we don't know for certain. In any case, when it does happen it certainly is not a bad thing, and the owners are generally thrilled!

Permanent adrenal necrosis, however, can result in life-threatening adrenal crisis (undetectably cortisol values with hyperkalemia and hyponatremia) if the dog is not properly monitored and the dose of the drug lowered or stopped as needed.

What is the cause of dog's polyuria and polydipsia?
Obviously, based on the information we have, it's impossible for me to determine the cause of this dog's polyuria and polydispsia. However, the list of possible differentials in this dog is quite long and includes poor diabetic control or urinary tract infection. A serum chemistry panel and a glucose curve is certainly recommended.

Again, permanent adrenal necrosis can result in a life-threatening adrenal crisis in dogs treated with trilostane if not properly monitored. For this reason, we never want to "cover up" trilostane-induced lowering of the circulating cortisol values by adding in a glucocorticoid supplement, as you did in this dog. We want to lower the dose of the trilostane instead.

Cats that have Cushing's do not develop severe polyuria unless they have concurrent diabetes mellitus. So that's a different scenario than for dogs.