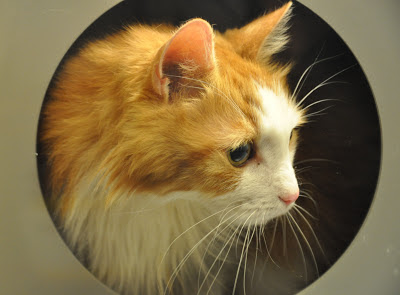 Over the last two decades, a syndrome of idiopathic hypercalcemia in cats has emerged and appears to be increasing in frequency (1-6). The term "idiopathic hypercalcemia" refers to a high serum ionized calcium concentration of unknown cause, even after extensive medical evaluation has been undertaken to rule out other known causes of hypercalcemia, such as primary hyperparathyroidism and neoplasia (7,8).

Multiple factors have been considered in relation to the underlying cause of idiopathic hypercalcemia. It is still unclear if increased intestinal calcium absorption, increased bone resorption, or decreased renal calcium excretion (or some combination thereof) is the key factor leading to the development of the ionized hypercalcemia in this syndrome.

Despite the fact that the underlying cause of idiopathic hypercalcemia remains elusive, this has clearly become the most common type of hypercalcemia in cats.

Is the Cat's Diet Responsible?

It has been suggested that the diet fed may predispose cats to development of idiopathic hypercalcemia, as well as formation of calcium oxalate calculi found in 10-15% of cats with this syndrome (8,9).

Acidifying diets
Many believe that feeding of acidifying, magnesium-restricted diets predisposes cats to idiopathic hypercalcemia (4,8). In support of this hypothesis is the fact that both calcium oxalate stones and hypercalcemia first became prevalent in the 1990's, shortly after the introduction of feline acidifying diets designed for prevention of struvite crystals (1-3). In addition, 3 of 5 cats in one series (1) and all 14 cats for which diet history was available in another report (2) had been fed acidifying diets designed to minimize struvite crystalluria and urolithiasis.

When fed to normal cats, such acidifying diets may lead to a state of mild systemic acidosis (10), which, in turn, promotes increased calcium resorption from bone and can produce a state of negative calcium balance. The calcium salts present in bone represent the largest store of alkaline base in the body and, therefore, act as a buffer in states of metabolic acidosis (11). Therefore, when human subjects are fed a diet that produces a net acid load, excessive calcium salt may be released from bone, resulting in increased urinary calcium excretion (11-13). In agreement with these human studies, the induction of metabolic acidosis in cats fed an acidifying diet may result in both mild ionized hypercalcemia and hypercalciuria (10).

Excessive Vitamin D
Another plausible hypothesis is that excessive dietary vitamin D content in some cat foods may contribute to this syndrome (5). Cats have a low requirement for vitamin D (1.4 μg [56 IU] cholecalciferol per 100 kcal diet) (14), at least when fed a diet with adequate concentrations (and a correct ratio) of calcium and phosphorus.

The vitamin D levels in commercial cat diets are not listed on the label and are not always included on product guides or company websites. However, if the label states that a cat diet is “complete and balanced,” the vitamin D levels must be between 3.1-62.5 μg [125-2,500 IU] per 1000 kcal to comply with AAFCO guidelines (15). Therefore, the amounts of vitamin D added to commercial cat foods could range from 2- to 50-fold higher than the minimal requirement recommended by the NRC (14). Most commercial cat foods likely contain relatively high amounts of vitamin D, which could result in hypervitaminosis D in some cats and contribute to ionized hypercalcemia in at least some of them (14,16).

The finding of “normal” serum concentrations of 25-hydroxyvitamin D and calcitriol in most cats with idiopathic hypercalcemia goes against this hypothesis that excessive dietary vitamin D levels in the diet contributes to this syndrome (2,9).  However, it is important to realize that reference range limits for 25-hydroxyvitamin D and calcitriol have all been established in clinically normal cats fed standard diets which again may be rather heavily supplemented with vitamin D.

In almost all cats with idiopathic hypercalcemia, clinical signs are usually relatively mild, at least at diagnosis. In general, the severity of hypercalcemia in these cats tends to be slowly progressive. Therefore, most cats can be treated as outpatients with either dietary therapy, alone or in combination with drug therapy— i.e., glucocorticoids or bisphosphonates (4-8,17).

I generally start with diet modification as a first-line treatment. In my next post, I'll review the 5 dietary options that have been proposed for this syndrome and give you my recommendations about how to best manage these cats with dietary therapy.

I am not a veterinarian, but I want to thank you for this post and the subsequent dietary recommendations. One of my cats was diagnosed with ideopathic hypercalcemia, and the first recommendation was medication. I prefer not to use them when possible, for myself and my cats - a bisphosphonate was the recommendation and having already looked into this for myself and choosing NOT to take this nasty stuff, I searched for alternatives. Your posts and the lists in the link you suggest (catinfo) were extremely helpful. When I pointed my vet to these, she said you were a well respected endocrinologist and gave me the option to try the dietary method.
First retest brought his levels to the high end of normal. The next check was so good, she said wait a year for recheck! She has also suggested this method to other clients who have been treating their cats! So, thank you VERY much -m

Thank you for the positive feedback... I am very happy to hear that it's working in your cat.

Update - a year later, we tested him again at his yearly exam and they said no need to test any further, all is normal!! All my cats are now off the chow (Dr. Pierson's web site had a big hand in helping me transition) and in general pass their exams nicely.

I have been reading your website information and watching the videos regarding hyperthyroidism as I have a suspicion one kitty may have this - her exam is coming up so we should know soon whether there is concern. I was already aware of the radio-iodine treatment, but your videos were great in showing how it is done! Thanks again for what you do!! =^..^=

I realize I neglected to indicate what the food was changed to, which may help for any cats you might treat for this:

Nature's Variety Instinct raw chicken and duck (none of my cats seem to like the rabbit) 2x/day plus Taste of the Wild Rocky Mountain canned food.

The other cats get other varieties of canned in addition to the raw, but PB&J (sister and brother, J being the one who was tested for this condition, suspect sister most likely would have the condition as well) are only allowed these, as they tolerate them well.

Another interesting thought is that the shelter indicated these two were from a "feral" mom, so might this have some bearing on the condition? It is quite clear that in many cases it is the dry chow, however might they be predisposed having come from a more recent feral environment?

Thanks for the followup information!

Hello Dr. Peterson and thank you for all the great information on this site... Would I be wrong to think that the large amount of calcium which is added to all ( from what I have seen ) cat and dog food in order to balance the phosphorus could be to blame for the rise in idiopathic hypercalcemia that is taking place?? Most especially since they do not add any magnesium to balance out the calcium - and we know from human studies how important magnesium is and how necessary in relation to calcium? I really appreciate your feedback/help, I am struggling with this issue and my animals and am trying to find a way to help them, they are already eating a grain free, canned meat diet but unfortunately this is a 0.24% calcium added diet which I cannot do anything about...
thank you...

Unfortunately, I don't think it's all that simple. I don't have the answer(s).

Thank you Dr. Mark, I am sure it is not all that simple and I do understand you don't have all the answers, thank you for your time... If I may vent a little, it is just so frustrating that the governing bodies and the veterinary-medical profession who is supposed to be looking after animals and who guides the pet food industry to abide by it's guidelines does not look into the above - as it is a simple and obvious place to start looking at least!!! It has to be implicated... apart from anything else that is also implicated... In the meantime, we are killing millions of other animals to feed our pets and at the same time they are still slowly getting sick because of our ignorance... Thank you for your time and for the information here... Warm wishes...