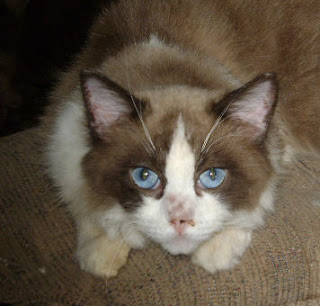 Within the past 20 years, idiopathic hypercalcemia has emerged to become the most common type of hypercalcemia in cats (1-3). This condition is now widespread in the United States and has also been reported in many other parts of the world. Cats with idiopathic hypercalcemia range in age from very young to geriatric, and longhaired cats are over-represented (1-5). The diagnosis is based on the laboratory findings (high serum total and ionized calcium concentrations with low to low-normal PTH values) after exclusion of other less common causes of hypercalcemia (especially malignancies) (3-6).

Because the pathogenesis for idiopathic hypercalcemia remains unknown, treatment for this condition can be difficult. Response to dietary changes have produced mixed results, and most cats eventually require medical management, such as prednisolone, to control the hypercalcemia (4,7,8). When neither dietary modification nor treatment with prednisolone are successful in lowering the high circulating calcium concentrations, treatment with an oral bisphosphonate (i.e., alendronate; Fosamax) has been suggested as another option (4,7,8).

Despite the fact that protocols for alendronate have been published in numerous proceedings and book chapters (5,7,8), no case studies of cats with idiopathic hypercalcemia had been reported in a refereed scientific journal until this present report.

In this case report by Whitney et al. (9), the authors describe a cat with well-documented idiopathic hypercalcemia. This cat failed to respond completely to prednisolone but responded well to long-term treatment using alendronate, with resolution of all clinical and biochemical signs of hypercalcemia.

Thoracic radiographs and abdominal ultrasound examination were unremarkable. Parathyroid glands could not be identified on cervical ultrasound examination. Serum intact parathyroid hormone (iPTH) was low, consistent with a parathyroid-independent process (iPTH < 12 pg/ml; reference range, 22-122 pg/ml). Idiopathic hypercalcemia was diagnosed and the cat was discharged on prednisolone (5 mg once daily, PO).

At recheck, 1 month later, the cat was bright and eating well. No abnormalities were found on physical examination and she had gained weight. Total hypercalcemia was identified (3.85 mmol/L [15.4 mg/dl]). The dose of alendronate was increased to 10 mg once weekly, PO. One month later, the frequency of administration was subsequently increased to 10 mg every 3 days because of persistent hypercalcemia.

At assessment 5 months after initial presentation, the cat was bright with a good appetite and had gained 1.1 kg. No abnormalities were detected on physical examination, serum biochemistry or urinalysis. The serum total calcium (2.6 mmol/L [10.4 mg/dl]) and ionized calcium (1.6 mmol/L) were normal. The dose frequency of alendronate has been gradually reduced. At the time of writing, 18 months after initiating bisphosphonates, the cat is clinically and biochemically normal. The current dose of alendronate is 10 mg administered once weekly.

This is the first reported case of the use of oral bisphosphonate, alendronate, in the successful long-term management of idiopathic hypercalcemia in a cat (9).

Pharmacology of the bisphosphonates 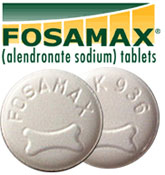 The bisphosphonates are a group of drugs that inhibit bone resorption and are the standard therapy for malignant humoral hypercalcemia in human patients (10). They act by inhibiting osteoclast apoptosis and sites of active bone turnover (11,12). When given by intravenous infusion, these drugs (e.g., pamidronate) have also been used in dogs for the treatment of primary and secondary bone cancer, cholecalciferol intoxication, and humoral hypercalcemia of malignancy (13-17).

Dosing of alendronate in cats
The dosing regime in this cat (10 mg of alendronate once weekly without food) is similar to what others have reported for cats. If no decrease in serum calcium occurs after 1 month of therapy, the weekly dose can be gradually increased as high as 30 mg per week (5,7,8).

Food substantially reduces the bioavailability and absorption of oral alendronate, so it is recommended that it be administered on an empty stomach (generally after at least a 12-hour fast) (5,7,8). The oral bioavailability of alendronate in the fasted state is about 0.7% in humans, and less than 2% in all species studied (11,12).

Potential side effects of alendronate
Care must be taken when dosing cats with oral alendronate. In human patients oral alendronate administration has been associated with esophagitis and esophageal stricture in up to 15% of patients (18-22).  It is important to ensure that the medication does not stick in the esophagus, which could potentially lead to esophagitis. To minimize this risk, owners should immediately administer 5-6 ml of water orally to their cat after dosing to enhance the passage of the alendronate tablet into the stomach (5,7,8).

Effectiveness of alendronate
Overall, it appears that alendronate treatment is relative safe and effective for cats with idiopathic hypercalcemia, but further studies are needed. Oral bisphosphonates will likely replace prednisolone as the second choice for treatment of this disorder in cats.

Dietary therapy for idiopathic hypercalcemia?
However, I also believe that we need to reexamine the use of dietary therapy in these cats, since it is very likely that diet may play a role in the pathogenesis of idiopathic hypercalcemia. In my next post, I’ll discuss the role of diet, why high-fiber diets generally fail to lower calcium in these cats, and what diets may actually help some cats with mild hypercalcemia restore normocalcemia without the use of potentially toxic drugs.

My cat has idiopathic hypercalcemia and neither dietary therapy nor prednisone nor IV pamidronate worked. Alendronate was the solution that finally resolved the situation. He has been taking it for approximately 6 months now with no recurrence of the hypercalcemia.

When my cat was diagnosed with mild idiopathic hypercalcemia in October 2009, I decided to try a dietary change. However, I refused to go the high fiber course as there appeared to be no scientific support that this dietary change worked or lasted. Instead, I found Dr. Lisa Pierson's website (http://catingo.org) and switched my cat first to a high meat protein canned diet and then to a raw diet.

His tCa and iCa have been in the normal range for three years now. (http://felineihc.org) He was never given any meds.

However, he has just been diagnosed with mild hyperthyroidism and we will proceed to the I-131 treatment for that. Although his appetite has increased he has continued to eat the same quantity of food for months with no weight loss and more importantly, no muscle loss. His coat is healthy and except for an appetite increase and some increased thirst he is in great condition. I contribute this to the raw diet.

Thanks for your comment. The change in diet to one that is more "natural" for a obligate carnivore is exactly what I would have recommended in a cat with idiopathic hypercalcemia, and I'm so happy to hear that it worked!

I'll be discussing diet more in my next blog post, and discuss why many of the other "recommended" diets just don't seem to work very well in the vast majority of these cats.

Any recommendations on administering to a cat who does not like to take meds? Pred was easy because we could crush it into her food, but we're very concerned about not being able to a) give her the pill at all and b) being able to wash it down with water if we are able to get the pill in her mouth.

I have no answers for you.

If you cannot pill your cat directly, alendronate is not going to work for you. It must be given on a empty stomach or it will not get absorbed.

Me again, I have been giving Katie's Alendronate by dissolving it in a cc or two of the gravy in wellness cat food packets after a 12 hour fast and letting he lich that up and ten I do not feed anything also for two hours, she has done well.

Katie has been successfully treated with Alendronate for almost six years, she also has stable renal disease and cardiac disease for the years. She was recently developed hyperthyroidism and is on oral med for that too. I dissolve her meds in wellness canned food except her Alendronate which I does sole in wellness gravy, as in above comment. Sorry for typos.

My cat is taking 10 mg alendronate sodium once a week. We get capsules made at a local compounding pharmacy. It would be much cheaper if we could give her Fosamax tablets.

My question is: Can we give our cat Fosamax 10 mg tablets intended for human consumption?

Yes, that's what we generally do - use the human 10-mg tablet for cats.

My vet said I need to smear butter on my cat's lips to help him swallow the pill. Doesn't that defeat the purpose of the fast if he'll have butter with the pill?

I agree with you. Until further studies are done, I do not recommend "buttering of the lips" in these cats.