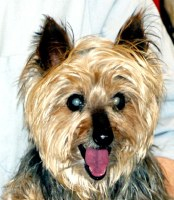 My problem patient is a 13-year-old, female-spayed Yorkie with brittle diabetes mellitus. In contrast to many diabetic dogs that I see, this dog is very insulin sensitive, with frequent bouts of hypoglycemia. Fortunately, these hypoglycemic episodes do not appear to be causing clinical problems (i.e., no weakness or seizures have been observed), and she seems to be doing great at home. We have the owner feeding her several times a day to prevent hypoglycemia.

To complicate diabetic control in this dog, the owner's elderly father cares for the dog during the day. On the weekends, the owner works quite late so she "pre-fills" the insulin syringe in the morning so her father can give the insulin shot later that day. I've told the owner that the NPH insulin particles will likely be out of suspension by the evening (unless her father remembers to roll the syringe to remix the insulin suspension), but the owner says she doesn't have much choice.  I'm not sure how this is affecting the diabetic control, but it cannot be helping. We try to do her glucose curves toward the end of the week after the owner (rather than the father) has been injecting the insulin herself.

Below are two recent blood glucose curves, the first done about a month ago and the second one just done this week:

Glucose Curve 1
I thought this curve indicated pretty good glycemic control. However, I found her latest glucose curve to be especially concerning.

Glucose Curve 2
Even with the very low blood glucose value at 1300 hr, this dog was acting fine and was not exhibiting any signs of hypoglycemia.

So I'm at a loss. I told the owner to decrease to 0.5 unit of the NPH twice daily and to feed more at each meal. However, I'm worried that it's going to be very difficult to give such a tiny dose of insulin. Can the NPH be diluted?

I'm also wondering if part of the problem here is a too short of a duration for NPH or a Somogyi effect (hypoglycemia-induced hyperglycemia). Should we try a different insulin?

Obviously, this dog has a higher insulin sensitivity than is the typical dog with diabetes mellitus. Such an insulin-sensitive diabetic will require smaller amounts of insulin to lower blood glucose levels than the average canine diabetic with "normal" sensitivity or insulin resistance.

The glucose-lowering effect of insulin varies from diabetic dog to dog, depending on a number of factors including age, degree of insulin deficiency, and concurrent disease (1).  Generally speaking, having a higher sensitivity to insulin makes it easier to regulate the diabetic patient.  However, there are times when this increased sensitivity can be problematic. As in this dog, having high insulin sensitivity will increase the risk of hypoglycemia and can even make it difficult to accurately draw up a small enough dose.

Minimizing hypoglycemia in dogs with increased insulin sensitivity
So what can we do to minimize iatrogenic hypoglycemia in the insulin-sensitive diabetic?  Factors to consider include the following (1-4):
Lowering the insulin dose— You certainly could dilute the NPH insulin and lower the insulin dose to 0.5 U twice a day. Both Eli Lilly and Novo Nordisk make diluents for their brand of NPH insulin, but these diluents can be difficult to obtain (5).  Insulin can also be diluted with sterile water or saline solution, but these insulin solutions are not as stable.

A better option is to use a U-100 insulin syringe with 0.5 unit markings. Again, these syringes may be difficult to find, but are generally available at WalMart  (ask for ReliOn U-100 3/10 cc insulin syringes marked in 1/2 unit dosing).

Adjusting the timing of food ingestion and insulin injection—In general, I like to have owners inject insulin about 30 minutes before the dog eats in order to prevent severe post-prandial hyperglycemia and help regulate the dog's diabetic state (12).  In most dogs, I strongly discourage the feeding of extra meals or snack throughout the day, since it commonly leads to poor glycemic control when using twice daily insulin injections.

In dogs with severe insulin sensitivity, however, I would try the opposite approach. In these dogs, I feed the dog about 30 to 60 minutes before injecting the insulin to encourage a rise in blood sugar to help prevent the hypoglycemia that commonly occurs in these dogs shortly after the insulin injection.

Accounting for the effect of exercise—Although it does not appear to be a contributory factor in this dog, physical activity is well known to have insulin sensitizing effects, and this can also present a higher risk of hypoglycemia for patients on insulin (13). The insulin sensitizing effects of exercise can sometimes last for hours so it is important to be aware of the increased risk of hypoglycemia in these dogs.

Exclude disorders that result in a decreased clearance of insulin—The liver is responsible for about half of the total insulin degradation with the kidney responsible for the rest (14,15). Therefore, the development of severe liver disease or chronic kidney disease can contribute to the increased insulin sensitivity seen in a dog with diabetes. Again, this does not appear to be a contributory factor in your dog.

However, we can't forget about the "premixing" of the insulin dose that the owner does on the weekends, can we! When we throw that into the equation, my choice becomes more obvious. Let's change to Lantus, which is a solution so the insulin won't precipitate out of suspension like the premixed NPH insulin would likely do.

Something else that often works well with this type of diabetic dog and curve is to replace some of the normal diet with a fast acting carbohydrate such as white rice, in addition to delaying the injection.

Especially for the small meals during the day, you are needing the food to be digested and converted to glucose quickly so white rice, a cracker... something readily digestible can work much better at raising the blood sugar quickly. Just have to start with a small amount and see how much is needed.

If you can change the blood sugar dynamic, you may not need to reduce the insulin dose.